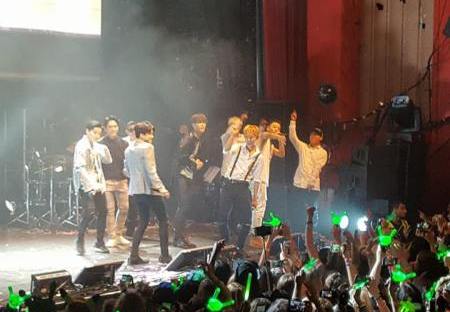 On May 13th 2016, at the Coronet theatre in London, popular Korean boy group B.A.P performed here for the second time since debuting. The concert was absolutely amazing!  I treated myself to the VIP ticket which included a Hi-5 with B.A.P at the end, early entry and a signed copy of their newest album. Although it has been over a month since they performed and due to my busy university schedule, i was unable to write about the concert but now i can! 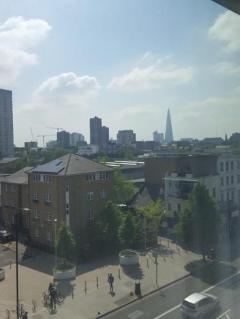 This was my first London trip with a new PA and so i was both nervous and excited to see how it all would play out over the next day or so. We arrived in London and headed to the hotel to check in for 2pm – i have stayed at this hotel for over a year now; the access is amazing, the bathroom is huge and they offer a complimentary room for carers/PA’s. I took my usual picture of the Shard from my hotel room too!

Subway is just opposite and so we grabbed something to eat before getting a taxi to the venue. After arriving at the venue only 20 minutes before the doors opened, we were approached by a lovely lady (who we later found out to be the manager!) who handed me my signed album, gave us both a wrist band for the hi-5 and escorted us straight through to the disabled platform – all in the space of 15 minutes! Although this did mean we had to wait over an hour till the show started but it would be worth it. Below are pictures of my view from the platform and the official B.A.P Matoki lightstick. 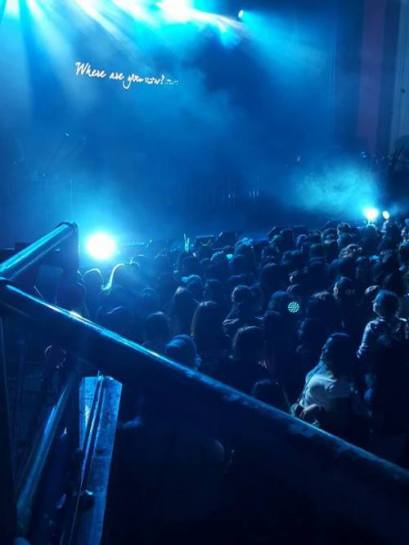 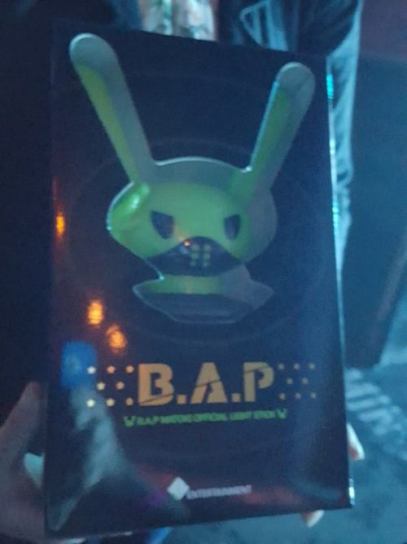 Once the show started, i was blown away by how amazing the concert was! The crowd was so energised and the fan chants were awesome! The set list included 18 performances including 3 encore songs according to various websites. I hadn’t actually listened to all the songs from their new album but i came away absolutely loving ‘carnival’ – i still have it on repeat to this day!

After the concert, the hi-5 event was being organised but i was feeling incredibly worried. Back in 2014, i was unable to take part in the hi-5 event due to staffing and promoter serious miscommunication and lack of access (full account in the ‘concert’ tab at the top of my blog). Luckily, the manager lady who i met at the start directed me on where to wait, helped me join the end of the queue and even told B.A.P to lean over the fence so i could reach them for a h-5 in my wheelchair! It is ridiculous how happy i was afterwards…i couldn’t stop smiling for days after 😀

Once the concert and event was finished, my PA and I went in search for a taxi … which we later realised the difficulty hailing one because the area we were in is known to be pretty bad! The manager let us back into the foyer to keep warm as she phoned a few different taxi companies but they all refused to pick us up 😦 My friend came and found us in the foyer and kept me company, during this time …. B.A.P walked right in front of us to get into their bus…!!! I was so excited seeing my bias so close but i think i kept my cool pretty well 😀 Finally, with the help of the manager at the Coronet and her assistant, we got a cab back to the hotel…fell asleep pretty soon after and traveled home the next day to relive the story with my family! Below are the few pictures i took – excuse the bad quality! 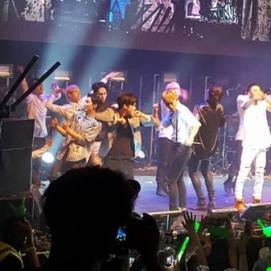 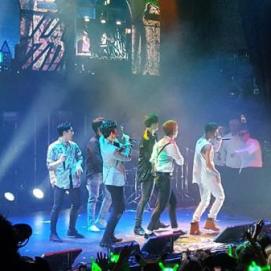 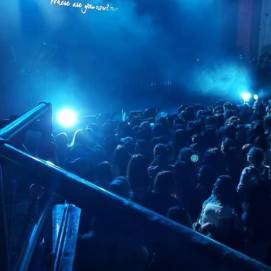 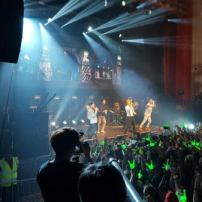 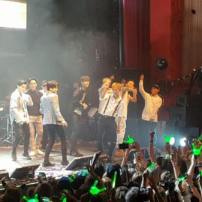 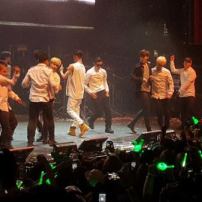 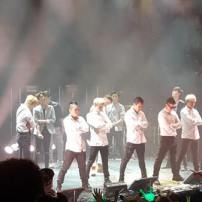 Till next time!
Tash ❤

Song of the day! 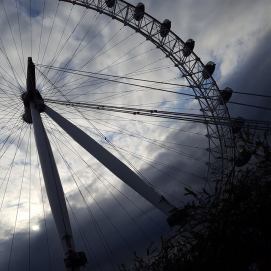 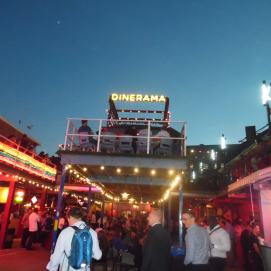 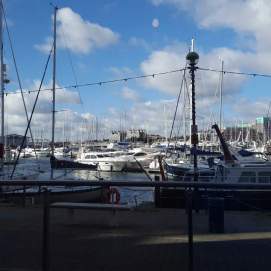 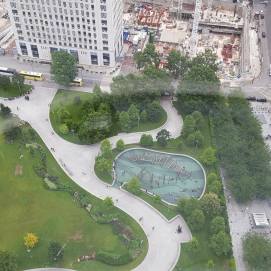 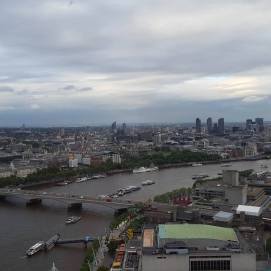 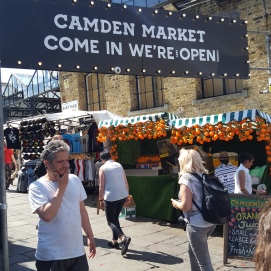 Newly disabled, welcome to my frank, honest & often bizarre thoughts about this 'new life', my new world & anything else else that pricks my attention.....

a blog by Mia Mingus

wheellove.ca/
A girl and her wheels